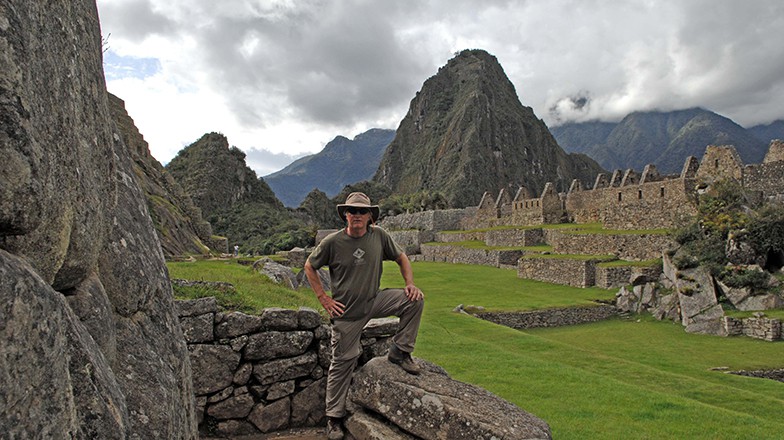 In March 2010, after an epic journey to the Galapagos Islands, I joined a friend for an adventurous trek to Machu Picchu, Peru. Years earlier I attended lectures about  fifteenth century Inca civilization. Machu Picchu represents both a well known icon of that culture and an opportunity to trek across amazing landscapes of Peru.

Our 7-day trek took us from Cusco to an ancient trail known as the “Salkantay Route” weaving through spectacular Andean Mountains to elevations of more than 12,000 feet. While many travel the famous “Inca Trail” to Machu Picchu, our homework indicated that Salkantay would deliver a more adventurous, less traveled and more scenic experience.

Our first night at Salkantay Lodge helped us acclimate to the high elevations ahead. The trek was difficult but inspiring and our guides educated us about local history. Ahead of us loomed Salkantay Peak, the second most sacred peak in Inca mythology, and the highest in the region at 20,600 ft. Over the next few days we climbed higher to more than 12,000 feet and walked the ancient path with only a few others trekkers in sight.  Our route took us over high mountain passes, through lush valley, along dramatic rivers and into occasional small villages. At one point we crossed a wide ravine via a hand operated cable car. We tested our fortitude with a cold swim in Humamtay Lake at 14,300 feet.

On day six we rode a train along the Uruamba River to Aguas Calientes at the base of Machu Picchu. After a quick tour of the town we travelled up the mountain to Sanctuary Lodge at 8000 ft., just outside the access gate for the Machu Picchu sanctuary.

Machu Picchu was declared a UN World Heritage Site in 1983, reflecting its historic importance in Inca culture. Unlike many other Inca sites, it was not discovered by the Spanish during their conquest of the region, and remained relatively in tact. The site gained international recognition in 1911 it was re-discovered by American historian/explorer Hiram Bingham during his tenure at Yale.

Machu Picchu is a stunning site with several primary structures (eg, Temple of the Sun) and vast expanses of polished dry-stone walls showcasing the master craftsmanship of its builders. There are several theories about the original purpose of Machu Picchu including the prospect that it served as a royal retreat. Extensive terracing supported agriculture on the site.

After viewing Machu Picchu, we climbed a long stairway to almost 9000 ft. on an adjacent peak to Huayna Picchu. Like Machu Picchu this site includes stone temples and extensive terracing. We explored more Inca ruins as we descended.

Our guides described in detail a long dispute between Peru and Yale University about the disposition of cultural artifacts taken from Machu Picchu to Yale by Hiram Bingham and others in 1914 and 1915. While the agreement called for a return of the artifacts in several years, they remained with Yale at the time of our visit. Upon return to the US we explored the status of discussions about a return of the artifacts and I was very pleased to hear from my friend Terry Garcia at National Geographic Society that he subsequently played a key role in having artifacts returned to Peru beginning in 2010 with a final delivery in November 2012.

It was a pleasure to tour an exhibit of Inca artifacts from another location with Terry and others at NGS  at the 2014 explorer symposium in Washington, DC. 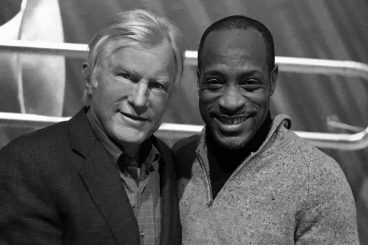 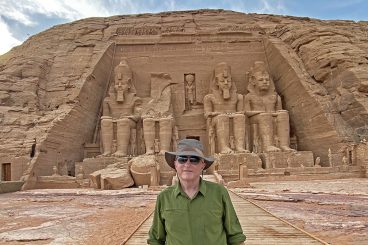 Exploring the Wonders of Egypt 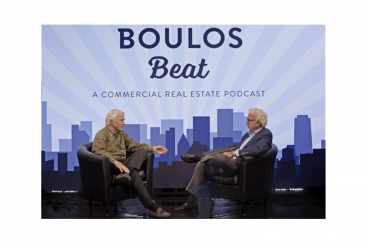