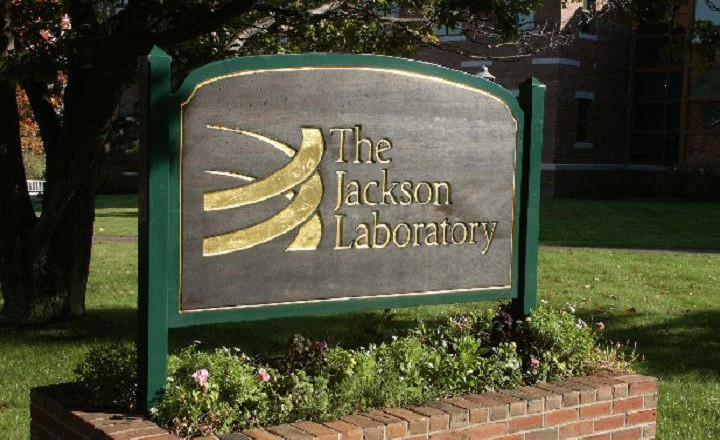 2014 marks the 25th anniversary of my relationship with pioneering genetic science at The Jackson Laboratory.

Jackson was established as an independent non-profit institute in 1929 and is widely considered to be a world leader in mammalian genetics research—one of the greatest revolutions in scientific history. The mission of the Laboratory is to discover precise genomic solutions for disease and empower the global biomedical community in the shared quest to improve human health.

Modern genetic research has helped the world better understand and address many human health issues which impact quality of life for millions around the world. Applications range from cancer, heart disease and metabolic disorders to neurodegenerative disease and behavior. Jackson plays a critical role in relating genetic coding to resulting phenotype expressions. This cause-and-effect linkage is critical to understanding new opportunities for treatment and therapy.

At the suggestion of my friend and Jackson trustee Robert Kinney, I joined the board as its youngest member in 1989. Annual revenues were less than $20 million, with a staff of roughly 150 people. Through a succession of roles including chair of the genetic resources committee, chair of a capital campaign, CEO search committee and then board chair (1997-2001), I worked with other board members to effect a transformation of Jackson. The genetics revolution was upon us, including the human genome sequencing project, and Jackson had a critical role to play. Revenues have increased more than tenfold to more than $230 million annually during my board service.

My long and close association with Jackson has been a wonderfully rewarding experience. 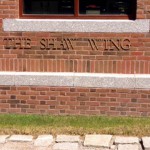 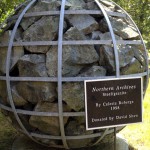 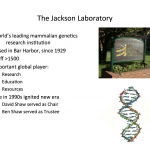 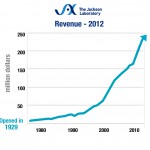 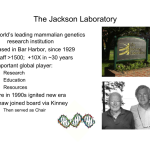 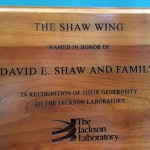