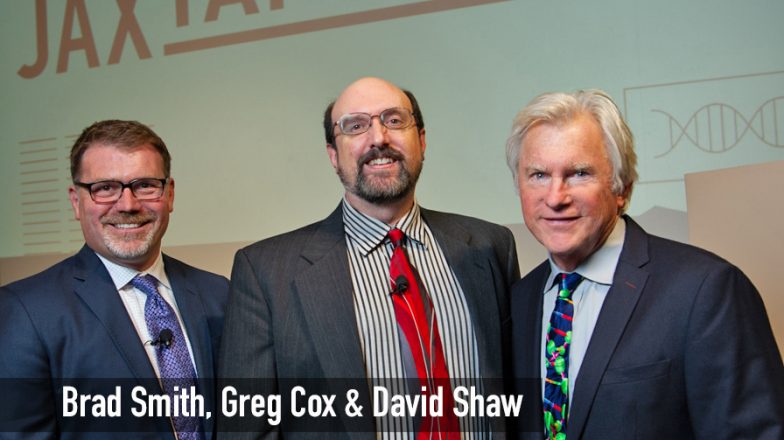 On September 11, 2019 I welcomed Jackson Laboratory (JAX) scientist Greg Cox, and development director Brad Smith, to the Portland Museum of Art for a lecture on the power of modern genomic medicine to discover therapeutic opportunities for rare and orphan diseases.

Many rare diseases are genetic in origin, often affecting children, and many are fatal.  Dr. Cox studies the genetics of degenerative muscle diseases such as ALS, muscular dystrophy and spinal muscular atrophy.

We provided the audience with a hopeful perspective on precision medicine opportunities in rare diseases, cancer, heart disease, diabetes, neurodegenerative diseases and much more. Beyond that we discussed the compelling case for scientific discovery programs, and the important role that The Jackson Laboratory plays in the Maine economy.

I am chair -emeritus of The Jackson Laboratory board of trustees, and this is the 30thyear of my relationship with JAX.  I was pleased to be able to recount the laboratory’s remarkable scientific accomplishments and also these indicators of it’s economic importance:

Congratulations to the JAX community for their support during this time of transformational opportunity in genetic medicine.  A short video that I made to celebrate the 90thanniversary of the founding of JAX can be viewed here:

A short introductory video about JAX can be viewed here